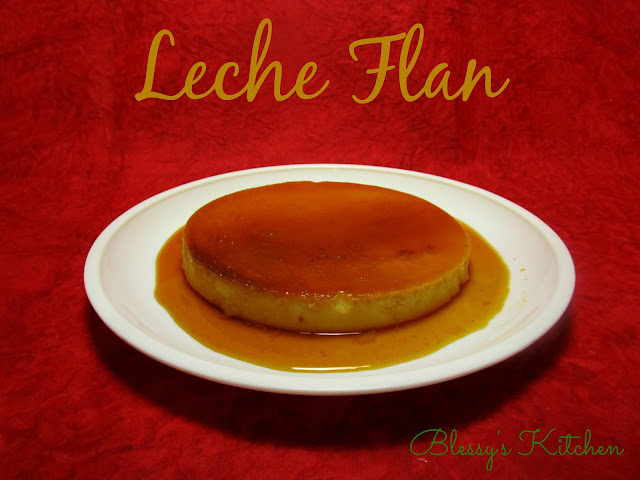 Leche Flan is the Filipino version of the Caramel Custard. This egg-based dessert is topped with soft caramel. It's made using only yolks, condensed milk, evaporated milk, while the Creme Caramel/ Caramel pudding (USA Versions) are made with whole eggs and regular milk. In my opinion, the Filipino version is rich, dense as well as creamy. This recipe was given to me by my friend who flew to the Philippines for her studies. Thank you Varsha, This is damn yumm :). 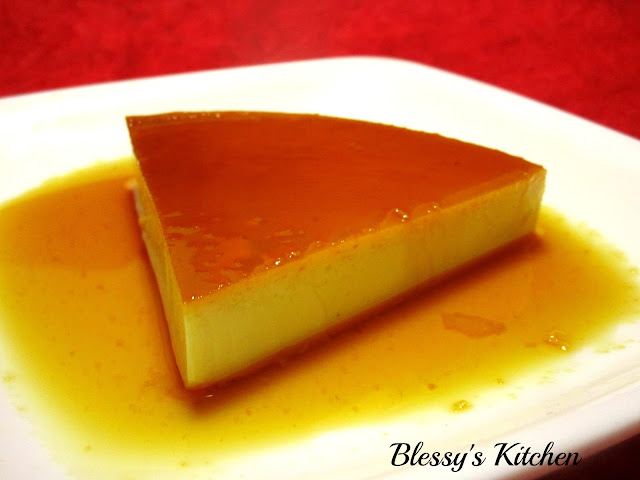 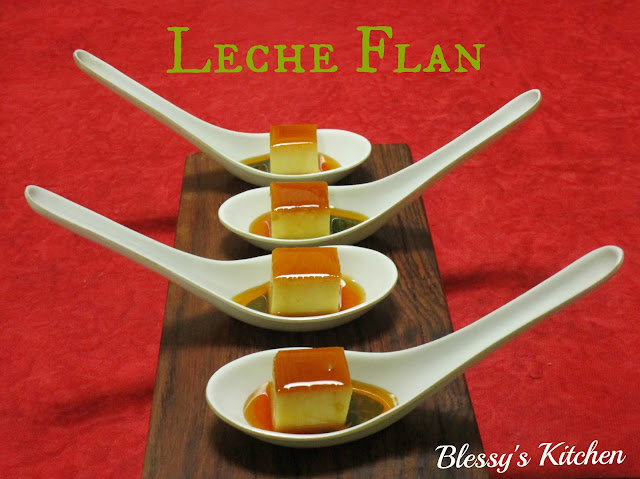 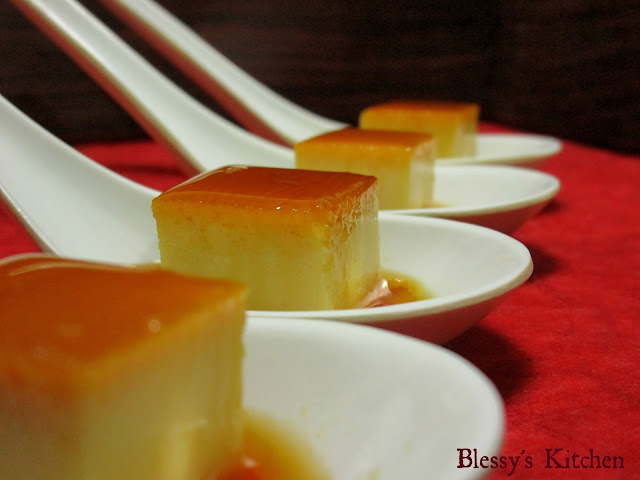 To Make This Recipe, You'll Need :


Note: Read the complete post to know how I made my own evaporated milk, condensed milk and about how I steamed my Leche Flan. 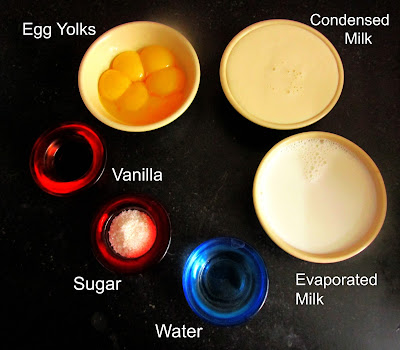 Now, add the sugar and the water to the flan mould and begin to heat it on the stove to make a soft caramel.

Now, place a strainer over the flan mould and strain the prepared custard mixture into the mould. Cover the custard-filled mould with the aluminium wrap and steam it for 45 minutes or until the custard is set. (Make sure you have enough water to steam the flan)

After 45 minutes, I unwrapped the foil and this is how it looked! 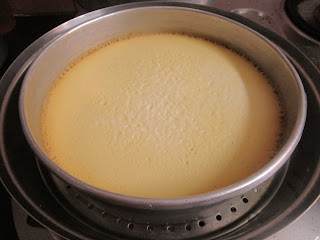 I allowed it to cool down completely, covered it with the plastic wrap and refrigerated it for 3 hours.
To unmould the flan, I put the mould in the hot water for 2 minutes(enough water to cover the bottom half of the mould), loosen the edges of the flan by running a knife around and inverted on the serving plate.

How I steamed my flan using The Indian Pressure Cooker?
I  filled 1/4th of the pressure cooker with water and brought it to a vigorous boil. Next, I placed a stainless steel colander and placed the flan in it. Finally, I covered it with a lid.

I covered it with the lid but missed the click. 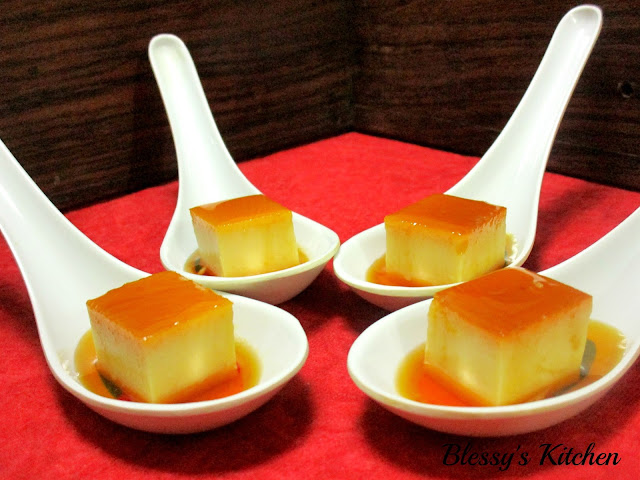 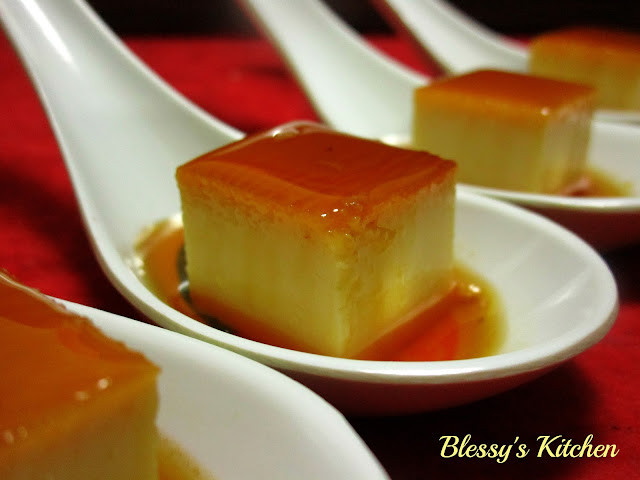 Comment below what you think about this recipe. Share this recipe with your Family and Friends. Do try it and let me know how it turned out!

Thank You For Visiting Blessy's Kitchen :)